Children's Method In Learning Any Language

Children's Method In Learning Any Language 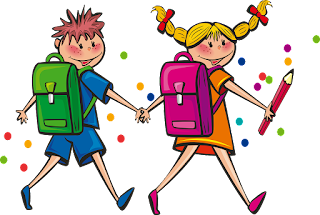 The very important thing in learning languages ​​is the accent in which the mother tongue is the most influential Therefore, I recommend if you want to learn a language via the Internet, first listen only without looking at the sentences and repeat it twice or three times, then read...

That purported to make you get used to the  pronunciation more. Then the reading will help to strengthen the pronunciation, not the other way around.

Scientists have researched and said a lot about why children quickly learn any new language, and even master the local dialect with surprising mastery.

I studied the topic and was observing the children closely and found two main causes for this phenomenon...

1- Memorizing sentences that they hear directly from their peers who mix with them.

2- They do not feel shy when they utter them incorrectly, because their friends do not laugh at their mistakes if they make. 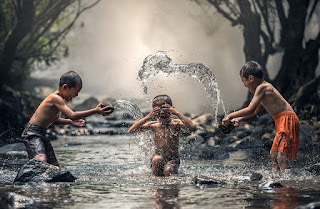 And we can deduce from that that memorizing sentences is a better and faster way than knowing the rules in learning languages. I asked many of those who quickly learned the Turkish language quickly, and their answer was that we used to memorize sentences and did not know what the pain verb I am past, present, or future.

Popular posts from this blog

Learning Another Language Is A Step To Be A Second Soul

March 07, 2021
Learning Another Language Is A Step To Be A Second Soul  I welcome everyone who has a desire to learn a language other than his mother tongue. Because learning another language is a step to a better life for the possibility of coexistence with more human groups and nations I place this step as the first step in the journey to purity. The easier coexistence with others, the faster we will elevate ourselves to what is good.  I put this post up for myself and others to learn languages ​​and follow dialects if possible. Every person who speaks another language is another person who is added to himself, and so on.
Post a Comment
Read more